A third generation sushi chef with access to some of the freshest fish in Japan now has a namesake restaurant, Nakaji, on the Lower East Side at 48 Bowery.  Kunihide “Nakaji” Nakajima, formerly of Sushiden and Michelin-starred Sushi Inoue, is offering two types of seasonal omakase menus; Nigiri Omakase ($165pp) which includes a starter, 12 pieces of sushi, and dessert; and the Chef Omakase ($195pp) with additional sashimi and assorted appetizers. Reservations are required at the chef’s counter which offers two staggered seatings nightly Tuesday through Saturday. Visitors are also in for another surprise.  A connecting space, takes you to the Bar at Nakaji, offering cocktails and small plates inspired by “old Tokyo,” including Tokyo-Style Chicken Karaage, Ume-Shiso Roll, and Tekka Don. To find it, go to the Canal Arcade, a hidden passageway that links Elizabeth Street and Bowery. The façade features cedar wood that's been treated using an 18th-century Japanese technique called shou suji ban, which involves charring the wood until black and wire brushing it for texture. A small lightbox indicates that you have arrived. 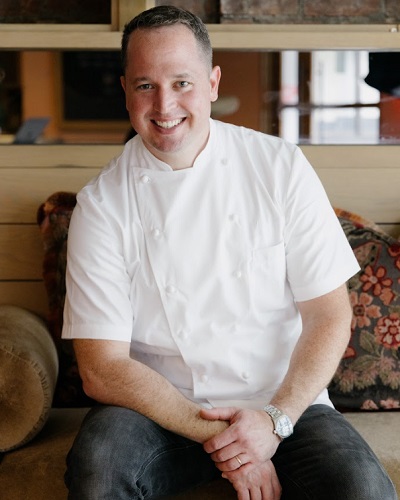